The Concert Spirituel provided a means in Paris to produce entertainments during the Lenten season when theatrical events were forbidden. Begun on March 18, 1725, these events were attended by the lower aristocracy, foreigners, and other people of means. The ABO, joined by the Cathedral Schola, recreates one such program with an exquisite grand motet by Delalande and an abundance of instrumental music by Leclair, Dauvergne, and the ever-popular Corelli.

True Concord’s upcoming performance of Mendelssohn’s Elijah, January 27-29, has been called the “cornerstone of the 2017 Tucson Desert Song Festival” and having Grammy-winning operatic baritone Richard Paul Fink in the title role is certainly one of the reasons. This will be a first for True Concord to perform a work on such a monumental scale with 70 vocalists and a 50-piece orchestra. A collaboration with the University of Arizona Choral Department, Music Director Eric Holtan said of the work “it’s one of those pieces that doesn’t get done very often in Southern Arizona. This will be a rare performance.”

Now in its 5th year, the Tucson Desert Song Festival is a 501(c)(3) non-profit corporation initiated by a group of music-loving volunteers.  Its purpose is to “coordinate, subsidize and publicize a unique classical voice festival highlighting the rich musical life of Tucson along with some of the country’s leading vocal performance artists through a series of concerts, lectures and master classes throughout the three-weekend festival.” Financial subsidies allow local performance organizations to hire vocal soloists they might not otherwise be able to afford, such as the renowned Richard Paul Fink.

Tickets for any and all performances can be purchased through the True Concord website.

DeCachetitoRaspado (Cheek to Stubbled Cheek), a Comic-Hemofiction opera created by two extraordinary Mexican artists:  Juan Trigos, composer and conductor; and Juan Trigos Synister, novelist, playwright and librettist. Through their works, both artists engage with culturally relevant and significant social themes, such as absence, alcohol and drug abuse, and women’s roles in the household and in society, opening a door to their conscience, urging us to reflect and to peek into the depths of our own. The story: During their sterile matrimony and their attempt to escape it through continual drunkenness, Primancianita and Juansorisa give birth to two imaginary sons. These children become absent spectators and create a kind of fictional theater. Featured in the production are: composer and conductor Juan Trigos; stage director Luis Martín Solís: painter and scenographer Luciano Trigos; mezzo-soprano Amy Sheffer; baritone César Torruella; soprano Daniela D’Ingiullo; tenor Esteban Cordero; co-choreographers, actresses and dancers Daniela Arroio and Anna Mariscal; the Zeitgeist Chorus directed by Deanna Joseph; and Bent Frequency.

*** DeCachetitoRaspado will be sung in Spanish with English supertitles****

Tickets can be purchased through Bent Frequency’s Eventbrite. For more information call 404-981-3023.

Lessons and Carols by Candlelight features works by Britten, Stephen Paulus, Green Valley’s Gerald Near, and others.

Tickets for any and all performances can be purchased through the True Concord website.

Carmina Burana has been described the most popular classical music, as ‘O Fortuna’ has appeared in many films and performed by both pop and classical musicians worldwide.

Most music lovers are familiar with the orchestral version of Carl Orff’s profane cantata Carmina Burana, but few are familiar with the version prepared by Orff’s disciple Wilhelm Killmayer in 1956 and authorized by Orff himself 20 years after the original composition, to allow smaller ensembles the opportunity to perform the piece. This version features two pianos, percussion and choir.

Orff’s classic deals with mortality and fate, nature, drinking, and tender, explicit, and highly sensual love. It’s no wonder the authors of the original text, the Goliards, were a group of defrocked monks and minstrels known for their rioting, gambling and intemperance! Don’t miss this rarely peformed and equally exhilarating version of Orff’s timeless masterpiece!

A preconcert program will accompany all performances 45 minutes prior to the start of the concert.

The ABO and the Cathedral Schola of the Cathedral of St. Philip again join together with four stellar soloists to provide a rare opportunity to hear Handel’s Messiah (Dublin version) in all of its unabridged glory, under the direction of Dale Adelmann and ABO Artistic Director Julie Andrijeski. The four soloists, all specialists in Baroque performance, are soprano Clara Rottsolk, countertenor David Daniels, tenor Karim Sulayman, and baritone Mischa Bouvier. 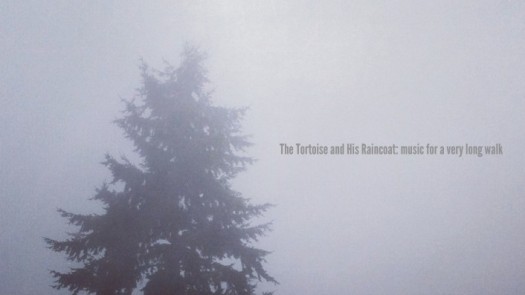 I’m very excited to announce that my friend and composer Nat Evans and I will be working together on a long, non-narrative theatrical piece for tenor (that’s me!), percussion, and electronics. Many of you know that Nat spent a few months in mobile residency on the Pacific Crest Trail. In fact, he walked its entire length from the Mexican to the Canadian border. Along the way he made hundreds of field recordings, and he is currently using them as fodder for collaborations with composers all along the West Coast.

I feel really privileged to be able to work with Nat on The Tortoise, and even more so that we’ll be creating such a substantial work. Nat has this to say about our project:

In 2015 I’ll be writing a new theatrical work for solo tenor, percussion, electronics, and field recording myself and Tenor Jeremiah Cawley. The ideas for the piece will draw my time walking the 2600-mile Pacific Crest Trail over the course of five months in 2014. Specifically for this work, concepts will focus on my experience of time in the desert. My field recordings of natural surroundings made on the trail will drift together with tones, percussion, and Jeremiah’s singing to convey the experiences and ideas I had during the remarkable five months I spent living and walking in the wilderness.

You can hear some of Nat’s collaborations and field recordings on his Soundcloud. Below you can listen to Nat’s Still Life with Transmigration, on which I play trombone, conch shells, and a variety of natural objects; and also Hear No Noise, which The Box Is Empty commissioned from Nat in 2012.

I can’t wait to get started on the music, which will no doubt turn into a very powerful piece to experience, but, we do need help with funding to get things off the ground.  If you are able to give in any amount, please do so.  The larger project of The Tortoise (of which this piece is a part), is sponsored by Fractured Atlas, so you gifts are fully tax-deductible.

You can check out Nat’s Fractured Atlas page here, and watch a brief video about The Tortoise.  Please Give!  If you are unable to give at this time, please share the project’s campaign on your social media.

Near the one-year anniversary of his death, The Riot Ensemble brings  Henri Dutilleux’s Les Citations to The Forge in Camden and to the Divinity School Recital Hall at St. John’s College, Cambridge. Presented along Dutilleux’s masterwork are an array of newly-commissioned works by composers from across the globe for the same lineup of instruments (with an additional soprano in two of the works).

This Good Friday I’ll be serving as tenor soloist with the St Mary’s choir in John Stainer’s The Crucifixion.  Come hear!  It’s free, and you’ll get to hear the fabulous Reproaches by John Sanders and the beautiful Tallis Lamentations.

The Riot Ensemble kicks off a new series of contemporary music at The Forge in Camden.  The first half of this concert, starting at 7.30pm on 5th February, features CHROMA – while the Riot Ensemble brings you a second half of extremely low notes from Scott Lygate, Amy Beth Kirsten, Martijn Padding, Chris Mayo and Aaron Holloway-Nahum.  All five pieces are World or UK premieres and the ensembles include 5 Bass Clarinets, 5 Bassoons, 4 Trombones and tenor.